Moon is traveling through witty Gemini today. Call, text, send email, write letters. Visit someone you've missed. Watch a movie and talk about it at a coffee shop. Be out and about. Don't sleep in. 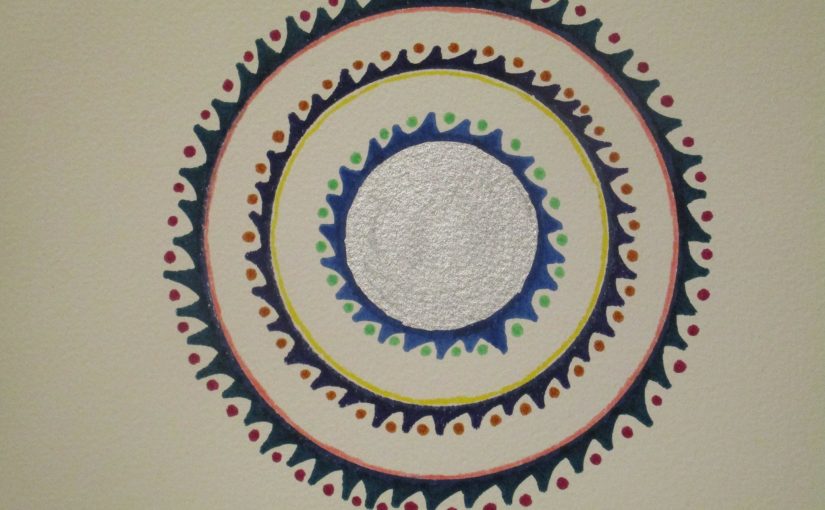 It was a cold, snowy winters evening and Florence decided to start a group meditation at her home and there were several gathered there that evening. We sat and visited shortly before going into the silence. The only sound in that old heritage house in Trail BC was the hissing of the steam heater off in the corner of the room. It would hiss and creak and then emit a round of heat that made you feel toasty inside. At this point I would say that the gathering was a mix of beings who were searching and seeking spirit in one form or another. Some of us were more calm and cerebral and some of us were not. Each had our ego’s and yet we could move beyond them in the silence and it connected us.

I was one of the walking wounded. An angry young man who tended to provoke a response from spirit regardless of whether I smoked tobacco, pot or whether I drank alcohol. Sometimes when a man is angry and he has not figured it out, he will act out without even consciously knowing the reason why. It did not matter that I created my own hell for myself, it was better to carry on than to stop and breathe and look inside. I had figured out that the world’s system was evil and corrupt and I was furious at the delusion all around me in society. I was still running away from myself and yet there was a power that refused to let go of me. In time it would come crashing through and disrupt everything. In a sense, I could not hide anymore. This was my state back then. Distraught with life and the lies. “What did I do to deserve all this?” was my motto.

We sat in silence. I could hear a pin dropping in the room, literally. After about ten minutes I could feel energy hitting me. I formed a ball of white light and started to move it to the person next to me. I could see the energy ball move to next person and the next, and so on. It was beautiful and yet perplexing. My rational mind was just waiting in the background to pick this apart and yet it could not. The energy balls kept moving around the room. Passed one to the other. Then after a while, deep silence, followed by a cold breeze that blew by me like angel feathers. This was not a usual coldness. It was divine. More silence. Then I began to hear these words, “hearken unto my words”…..I let them go and then I heard them louder. Before I had time to hear them again, a voice in the room spoke up. “Who is hearken unto my words? Who is hearken unto my voice? What’s going on here? I said absolutely nothing. I let the moment go but I knew I had tapped into something and the other person heard it and had unknowingly given me confirmation. Then, a smell began to permeate the room. I could smell roses. The Aquarius in me was intrigued and my antennae’s were up.

The heater hissed away in the background and creaked. The room stayed cold with a gentle smell of roses. The sitting went on for about half an hour or so and then it broke up and we talked and then everyone went there own way. I did not. I stayed and talked a while with Florence. I told her about the voice and words that I had heard. She smiled and hugged me so lovingly and said to me “I have something to show you”. She walked over to a cabinet and pulled out a huge binder full of drawings and writings. I got chills as I looked at her drawings and felt something click in the ether. I had been drawing those exact glyphs that she had drawn. Hers were given by spirit but mine I had been drawing since childhood. There was a connection. I had had something the whole time, even in my hell, my father was faithful, there might be a reason for my existence yet.

I had forgotten about the time that I was 21 and laying dying in my hospital bed. For some unusual reason I had contracted a regular everyday virus that most people get and it is no big deal, but it began to take my life and for two months I lay in a hospital bed with outrageous fevers. The nurses would run in and put ice on my genitals and under my armpits to try and bring the fevers down because none of their drugs worked. I was anorexic. I had lost 50 pounds in a little over two months. IV’s kept me alive as any food that came near me I would throw, literally. Then after sheer hell I sat up in my bed and asked for a writing pad. They brought one in and I started writing. The writing was so loving that it broke me. It was from someone or something far away and it was telling me that it loved me and that I counted for something. After I wrote that writing I got back in my bed and said “take me home or heal me but I need to be freed.” In seconds, I felt cold water starting to pour over me from the top of my head to the bottom of my feet. I was sweating beyond belief and covered in water. From that moment on I was healed. The fevers had broke. I asked an orderly for a sandwich. His jaw dropped. “The cafeteria is long closed and there is nothing in the nurses fridge”. “Tell me what you want and I will get it for you”. My response was “I want a roast beef sandwich and a bag of ketchup potato chips”. So, this orderly left the hospital and walked miles all the way down to 7-11 to bring me my sandwich and chips. I inhaled them. The orderly cried as he watched me eat. I thought I was a gonner. So did he. This was a turning point.

Florence showed me her writings and the automatic ones that were rough and scribbled. I noticed the progression. I was intrigued because something inside was telling me that this was important and to keep questioning. It was after that particular night that I began to get writings myself. The energies that were coming through sounded downright biblical. Full of thee’s, thou’s thy’s and thine’s. For a while I was horrified because they sounded biblical in nature and I had wrestled with that my whole existence. Yet, in reality, they were not. They did not have the dogma attached that mankind had placed on the teachings of old. The writings condemned the dogma and ritual and spoke of the personal relationship with God instead. The condemnation was the harshest when it came to how we hurt the Earth. The writings condemned the destruction and unconsciousness and the lack of love and light. Our willingness to make wars in the name of righteousness and the condemning of such in Gods name, while we let our own homeless be damned and starved so we can free others and the sheer ignorance associated with that reasoning, if one could call it that. It spoke of our wrecklessness and greed. Of everything in my own early writings there is one thing they told me, that stands out. They said to me “when man begins to choke on the very air he is breathing, he still will not get it and by then it may be too late, but rest assured, man will choke.”

The writings we both had, we shared with each other. They were not the same and yet they were. They were on different levels and filtered through our own human beings. While admitting we are fallible and fall short personally, truth of spirit does not. I learned that spirit will use whatever vessel they so choose. They reminded me that there are those who are condemned by man as evil and vile and yet they are found blameless before God. I never forgot that truth, and it is truth. God looks out through the eyes of the many, the animals, the birds and even insects are witnesses to our good or evils. Mans ways and Gods way are out of alignment, yet they are interchangeable when in alignment, even if for just a milli-second.

I am going to pause the story here. I am so grateful for everything. The good, the bad and the ugly. Life is so much easier to look at when you can stretch it out before you and look back clearly and see why things happened the way they did. Life must be lived to be understood. If life has trashed you and you have survived, there has to be a reason. Life has to be lived before it can be understood and timing is everything. Sometimes you have to walk in darkness so that you can be thankful for the light when it comes. Never give up. If any of you had met me as a younger man of 20 or so and if you asked me why I am here, this would be my response then, ” I have no idea why I am here, but I know that there is something that I have to do here and at a time in the future I will do what I was programmed/sent here to do and then I will go away”. That is still my response, but the “something” becomes clearer and heavily into view now.

I will write some more and share more of my story and stories about my experiences with Florence Mary in the future. We have a bond that goes back myriad lifetimes. Most of our experiences were surreal and so I digress and bring it back to what this site is about, Florence Mary and what she left for us.

Thank you for your interest. Namaste